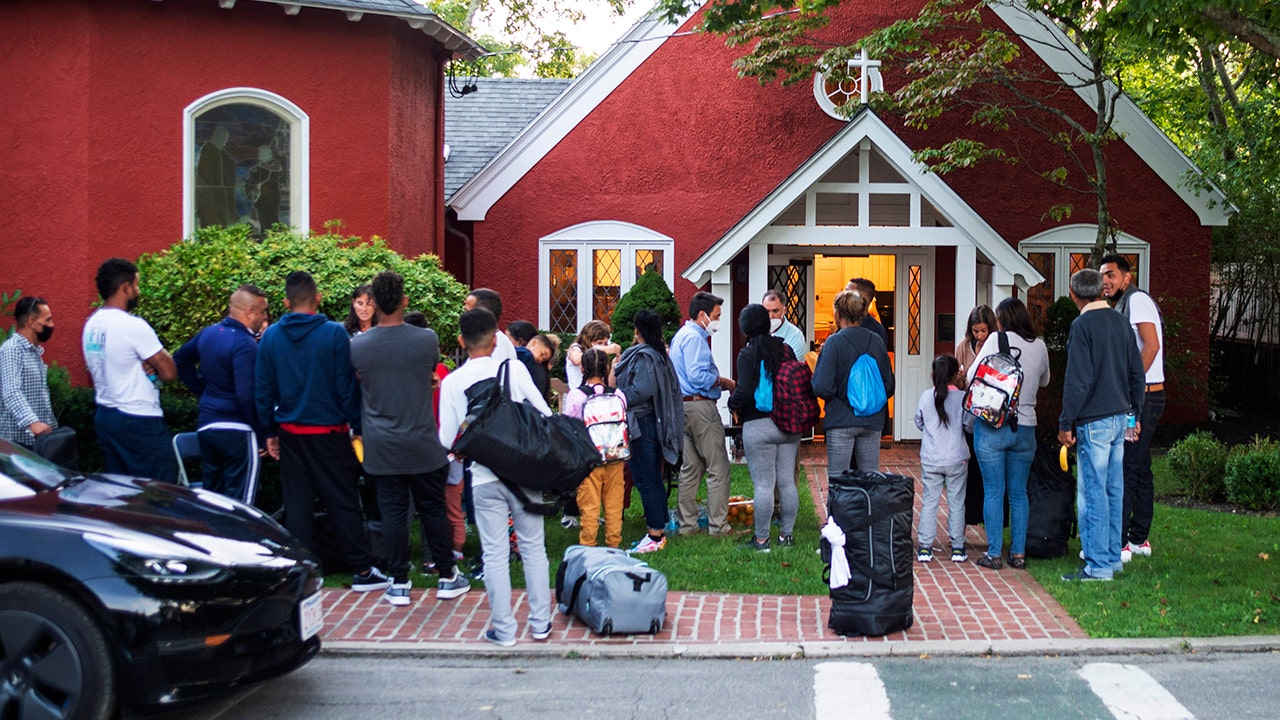 Massachusetts Gov. Charlie Baker on Tuesday said the remaining migrants who were bussed from Martha’s Vineyard to Joint Base Cape Cod (JBCC) for temporary shelter are expected to leave this week.

Forty-nine people were transferred to JBCC for shelter and humanitarian support on Sept. 16 after arriving at Martha’s Vineyard two days prior.

Massachusetts Gov. Charlie Baker speaks at a forum during the opening of the Clinton Global Initiative (CGI), a meeting of international leaders that looks to help solve global problems, on Sept. 19, 2022 in New York City.
(Spencer Platt/Getty Images)

Florida Gov. Ron DeSantis’ administration had sent the migrants as part of his effort to force Democratic states far from the border – such as Massachusetts – to share in the burden of dealing with the torrent of migrants who flood border states by the tens of thousands each month.

Baker’s office said 35 individuals and family members remain at JBCC and are working with case managers to develop more sustainable housing plans. Of the 49 who were originally bussed to JBCC last month, 14 people – including family units – have left for opportunities in and outside Massachusetts, Baker’s office said.

The remaining residents are expected to depart this week as additional transitional housing opportunities are finalized. JBCC’s temporary shelter operation is expected to conclude by this weekend.

Since the migrants were transferred to JBCC, the Massachusetts Emergency Management Agency (MEMA) has coordinated with state, local, and nonprofit agencies to ensure the migrants have food, clothing, shelter and mental health resources.

The Justice Center of Southeast Massachusetts has also been providing legal support in collaboration with nonprofit organizations and private attorneys.

Fox News’ Kerry J. Byrne and The Associated Press contributed to this report.