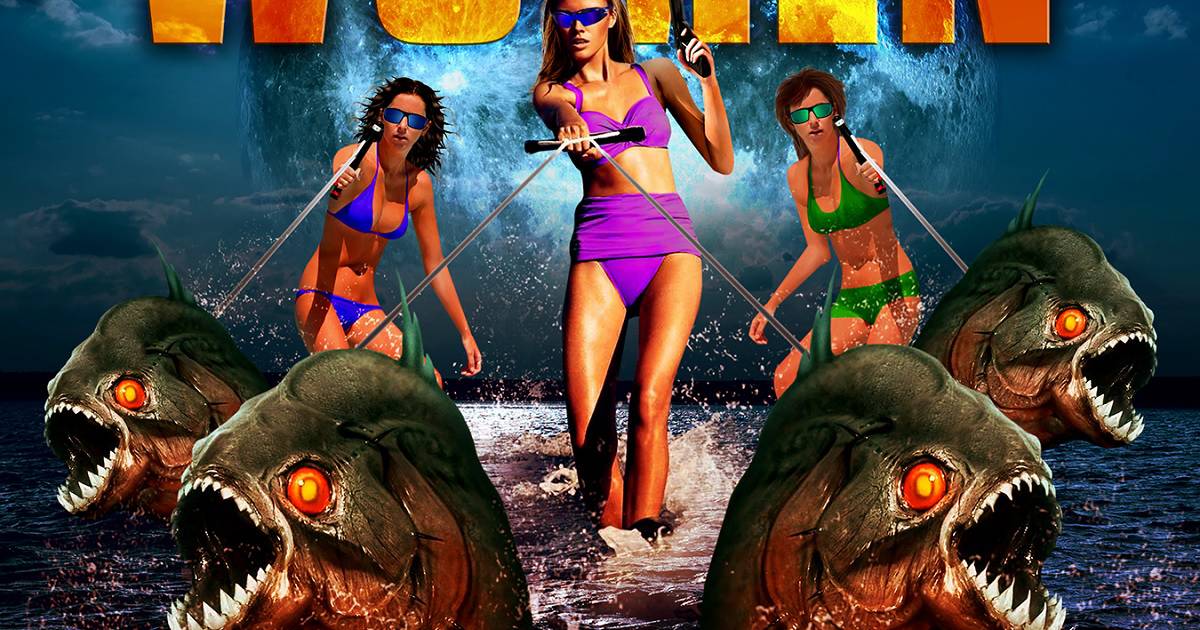 A year and a half ago, we heard that one of the projects coming down the line from the legendary company Full Moon was something called Piranha Women. At the time, the movie was expected to be written and directed by Lindsey Schmitz, who previously brought us the Full Moon releases Femalien: Cosmic Crush and Cassex. But once Piranha Women went into production, the writer/director at the helm was Fred Olen Ray, who is just as legendary as Full Moon in his own way. To see how Ray’s take on Piranha Women turned out, check out the trailer embedded above!

Described as both a “high concept exploitation epic” and a “wacky little flick”, Piranha Women is about

a tribe of sexy ladies who keep a toothy, terrifying secret beneath their bikini tops!

Ray earned his 163rd directing credit on Piranha Women, and he’s already in post-production on his 164th film. This isn’t the first time he has collaborated with Full Moon founder Charles Band; he previously directed the 2000 horror movie Sideshow for Band.

Are you a fan of Fred Olen Ray and/or Full Moon, and will you be watching Piranha Women? Share your thoughts on this one by leaving a comment below. I’m a Full Moon devotee, so I’ll be watching it for sure.

Why did Queen Elizabeth II refuse to be photographed with her great-granddaughter Lilibet?