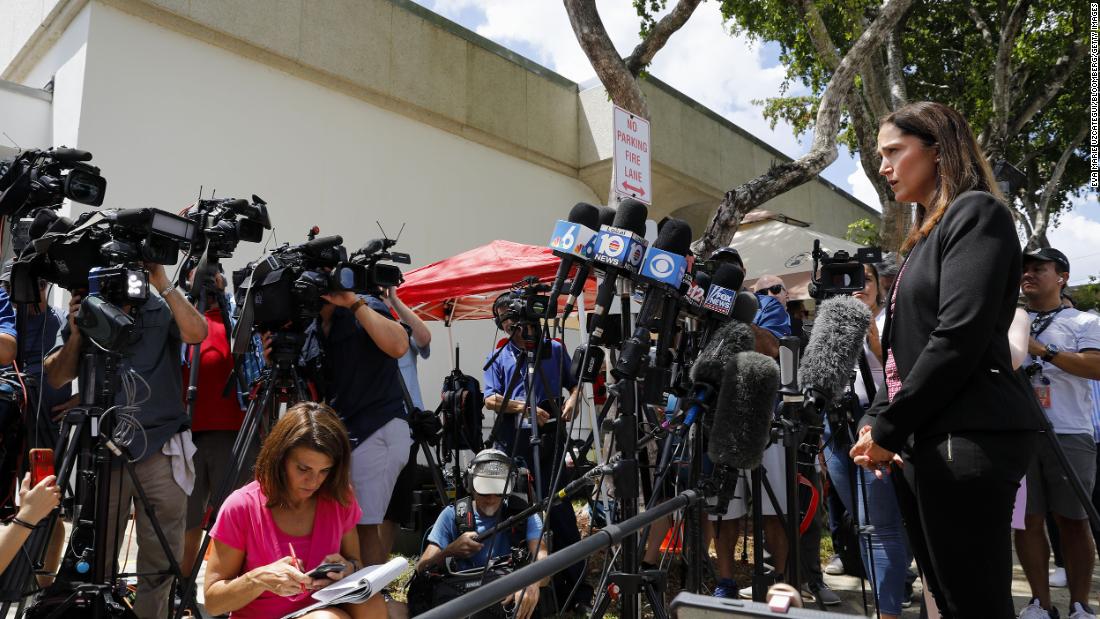 Judge Bruce Reinhart said during a hearing at the West Palm Beach courthouse that he was planning to unseal portions of the affidavit, which is sought by various media outlets and other organizations.

His announcement came after the Justice Department, while arguing against the disclosure of the documents, revealed new, if not extremely vague, details about the investigation into the handling of classified documents from the Trump White House.

Reinhart set in motion on Thursday the possible public release of a heavily redacted version of the affidavit for the search at Mar-a-Lago. The judge plans to hear more from the Justice Department by next Thursday about how extensively investigators want to keep confidential the document that describes their investigative steps and methods leading to the need for the search.

Reinhart said he wasn’t convinced yet that the entire affidavit should remain undisclosed to the public.

“I’m not prepared to find that the affidavit should be fully sealed” based on the record he has now, Reinhart said, adding that there are “portions” which could be unsealed.

Prosecutors will have the opportunity to propose redactions and explain why each piece of information needs to be kept from the public eye, Reinhart said. Those proposals will be due noon ET on August 25.

Reinhart said he then may have additional confidential discussions with the Justice Department before making his decisions on transparency.

A document unsealed Thursday, which offered specifics about the crimes the Justice Department is investigating, including “willful retention of national defense information,” sharpens the focus on the former President as a possible subject of the criminal probe, several legal experts told CNN.

Previously, the search warrant documents only listed the federal statutes, including the broad law known as the Espionage Act. And the documents released so far have made clear that Trump and others around him face potential legal exposure, including for possible obstruction of justice.

But the specific language on “willful retention” could point to the role of the former President, who would have been authorized to possess national defense documents while in office but not once he decamped to his private club and residence in Palm Beach, Florida.

The newly unsealed document was part of the application for the warrant and was among several largely procedural documents the judge unsealed Thursday.

Affidavit described how evidence of obstruction may be found at Mar-a-Lago, according to DOJ

A Justice Department lawyer said during the hearing that the probable cause affidavit used to get a warrant described how prosecutors might find “evidence of obstruction” on the grounds of the Florida property — a possible crime that the search warrant itself revealed was under investigation.

“In this case, the court has found probable cause there’s a violation of one of the obstruction statutes, and that evidence of obstruction would be found at Mar-a-Lago” said Jay Bratt, who heads the Justice Department’s counterintelligence section.

Obstruction of justice was one of the three statutes listed on the search warrant for Mar-a-Lago, which was unsealed last week, and Reinhart said during the hearing Thursday that he “found there is probable cause” that the statutes had been violated.

Bratt made the comments about obstruction being investigated while he was trying to highlight DOJ’s fear that future witnesses may not be willing to provide information if too much was to come out about the investigation so far.

Bratt revealed other details about the affidavit, describing it as lengthy, detailed and containing “substantial grand jury information.”

He told the federal judge that letting the public read the affidavit would “provide a roadmap to the investigation,” and would even indicate the next steps in the probe.

Bratt’s comments in court emphasized that this is an active, ongoing criminal investigation, with robust witness interview work being done and grand jury activity.

As Bratt warned that releasing the affidavit could have a chilling effect on witnesses participating in this and future investigations, he revealed that several witnesses are already part of the documents investigation. Some of those witnesses have very specific relevant information that, if released, would reveal who they are, Bratt said.

Bratt also raised concerns about the risks the FBI has faced since the news of the Mar-a-Lago search broke, including the recent standoff at a Cincinnati FBI field office and “amateur sleuths” on the internet.

He told the judge that if any of the other documents are released, the DOJ would want to redact even background information about the agents who have worked on the matter so far.

An attorney for Trump was present at the hearing, but she did not speak before the judge nor was she asked to weigh in during the proceedings. The attorney, Christina Bobb, told reporters before the hearing that she was there to observe.

Trump is not officially a part in the dispute over releasing the warrant documents. Previously, when the DOJ had asked the judge to unseal the warrant itself and the receipt of the search, the judge instructed the Department to confer with Trump and to then communicate to the court whether Trump opposed the disclosure of the documents.

Ahead of Thursday’s hearing, the judge set a 9 a.m. ET deadline for parties to file submissions responding to DOJ filings in the dispute. It was notable that the Trump team did not seek by then to formally get involved in the dispute, particularly because Trump and his allies have been vocal outside of court about their desire for the warrant documents to be released.

Some of Bobb’s public remarks about the search were nonetheless put before Reinhart on Thursday. Charles Tobin — who was arguing for the affidavit’s release on behalf of an assortment of media outlets including CNN — pointed out that Bobb had already provided information about an FBI subpoena of Mar-a-Lago surveillance tape and that DOJ officials had visited Mar-a-Lago in June.

This story has been updated with additional developments.

Related Topics:politicsTakeaways from the Mar-a-Lago search documents hearing - CNNPolitics
Up Next